We tend to leave the Dubai Outlet Mall until the last day, but this trip we decided to head there early. So the day kicked off the usual way, with some pool time, gym time and lazing about outdoors before taking a taxi to the Outlet Mall. 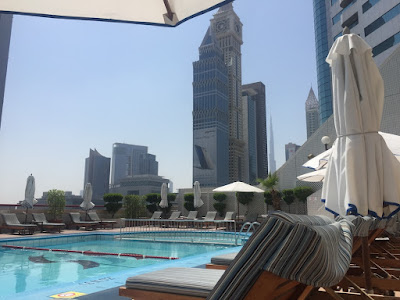 Hard to believe sitting beside the pool it will be Christmas Day in just three months time! 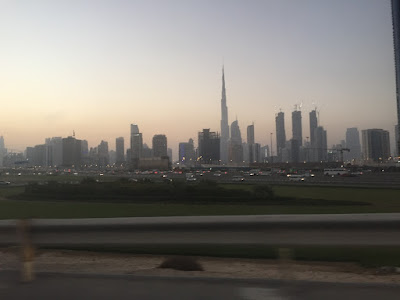 It was dusk as we travelled out into the desert, seeing downtown Dubai through the haze of the setting sun was spectacular. 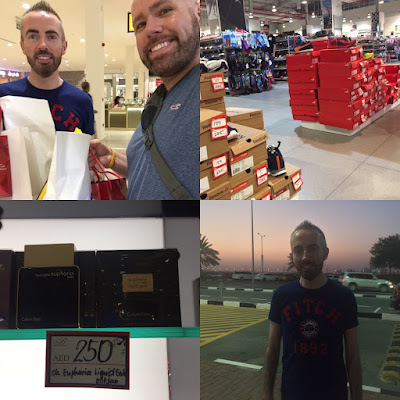 We’ve been to this mall many times, right it’s not as fancy as The Dubai Mall but it’s cheap. It’s good to know what you want before arriving to save time. We were getting aftershaves (Ouds) and trainers. All the major brands are here and there are great bargains to be had. After making some savings, we stopped by Tim Hortons for a donut which we got for free! Bonus! 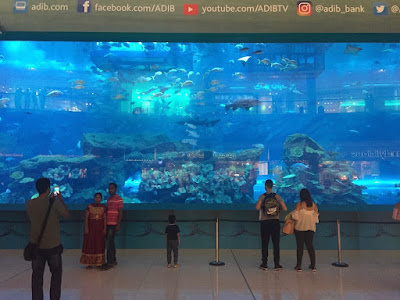 We dropped our shopping back at the hotel and at 10:30pm we took a cab to The Dubai Mall. We could take the metro but at this stage it’s faster and quicker to take a taxi. The walkway from the Dubai Mall metro station to the mall is over 12 minutes long. With stores closing at midnight we didn’t want to waste time. Actually we weren’t shopping this trip, we were heading for dinner at one of our favourite restaurants, Vapiano. 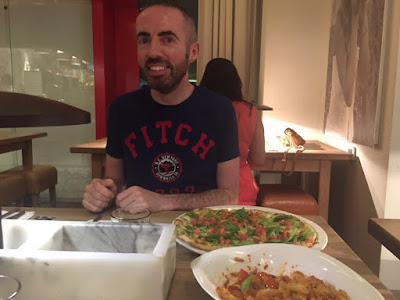 Fed, we did hit the shops, well one in particular, the Franklin & Marshall store. It’s an odd one - it’s like Abercrombie, but very rare (around 11 stores worldwide). It’s Italian made and boasts of all things the logo of a small American university. The designers fell in love with the logo and made a retail business out of it! 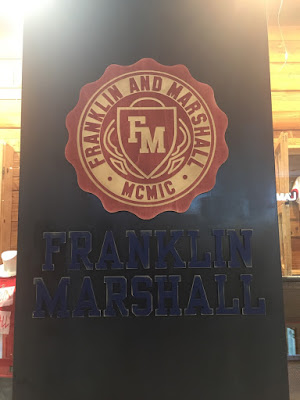