We started the day with a walk around the Sun Yat-Sen memorial park. It's located very close to where we are staying. It's a public park along the harbour front with views of Kowloon. There is also a swimming pool and sports grounds. We remembered Sun Yat-Sen from our trip to Taipei last year. He is considered the founder of China and they've a memorial hall dedicated to him. (See our blog entry from 2015 for that adventure!) 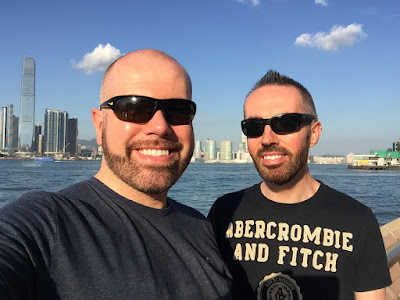 There were some beautiful views of of the many skyscrapers which make up Hong Kong. 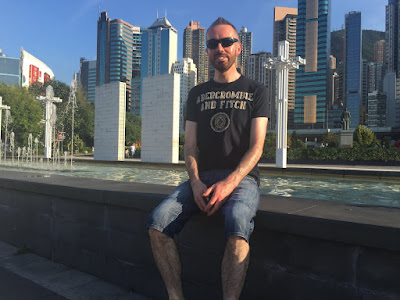 Along the harbour front joggers ran whilst others practiced Tai Chi. 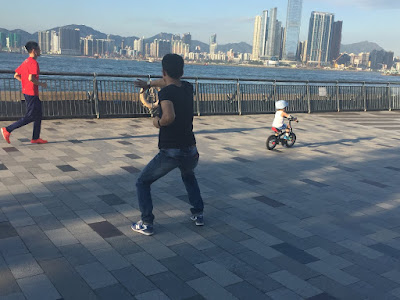 On the lawn, families camped out enjoying the weather and the public holiday (for Mid-Autumn Festival). 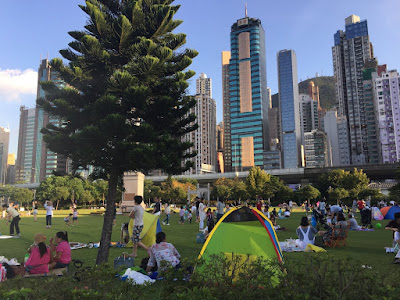 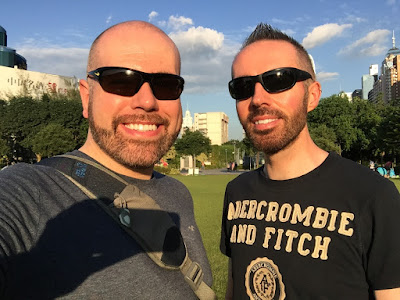 The local council also installed an elaborate lantern to mark the Mid-Autumn. 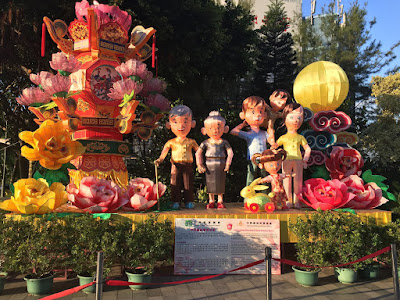 Heading towards the IFC mall, the sun was starting to set over the harbour giving us some really stunning views. 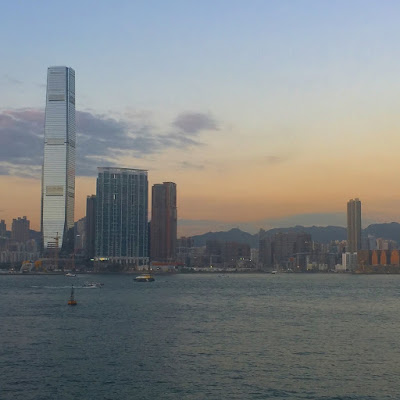 The new iPhone 7 launched today here, so I got to play with it inside the Apple Store at the IFC mall. After a quick visit to Abercrombie & Fitch we took the Star Ferry over to Tsim Sha Tsui in Kowloon. The new moon was out and hundreds were taking photos of it! So we did too. 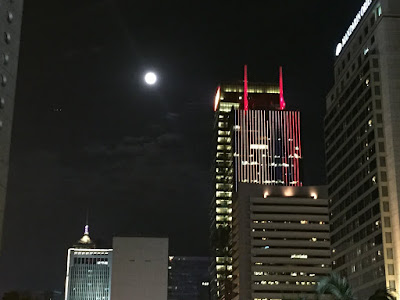 Over in Tsim Sha Tsui we visited the massive Harbour City Mall, the many stores outside including a new Apple Store before taking in the dramatic views of the harbour and Hong Kong Island, our home. 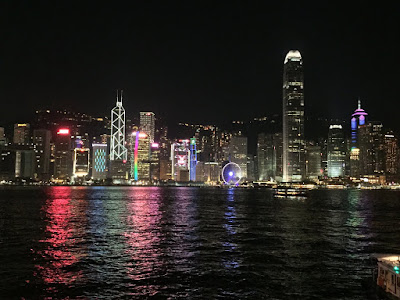