It's Saturday and the focus for us was the Wan Chai area of Hong Kong Island. Taking a local bus we headed to the convention centre, the site of the Golden Bauhinia. Every morning the national flag is raised here, it was also the site where the British Government handed back Hong Kong to China. As a result it attracts a lot of Chinese mainland visitors. 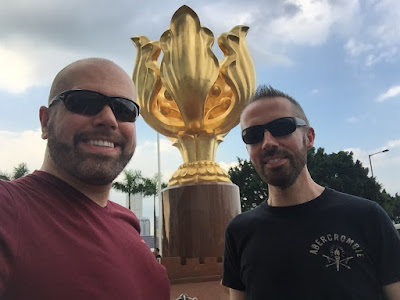 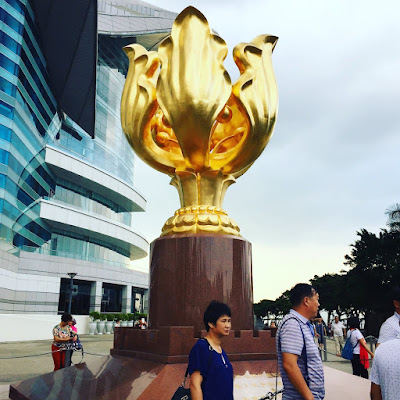 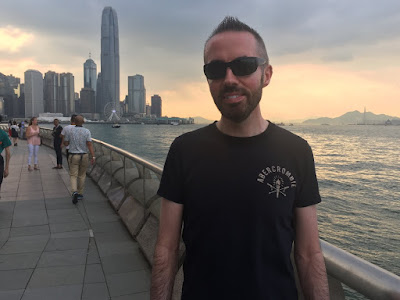 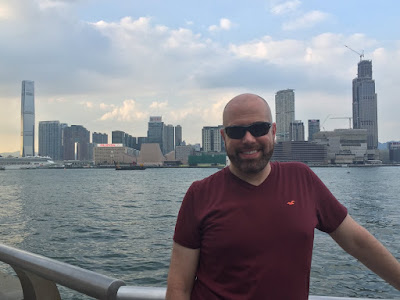 Heading towards Queens Road East we had to cross over several large roads. As the buildings are so tall and the area compact, it does offer up some very impressive views. 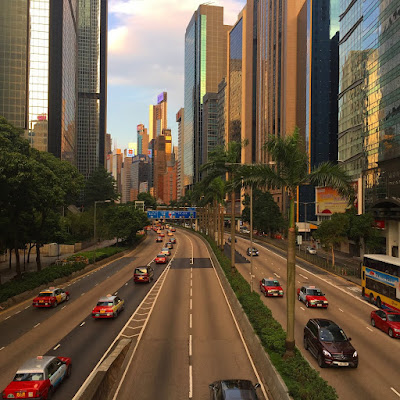 Taking a break, we popped into a place which came recommended, Elephant Grounds. Their ice-cream sandwich was the order of the day - today it was the movie night special - which was salted caramel ice-cream, with caramel sauce, between two chocolate cookies with toffee popcorn around. It was just as good as it sounds. 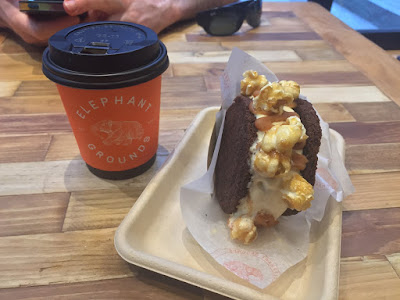 Walking a little further west, we stopped by the Calbee Plus store, which makes fresh potato crisps with all manners of sauces including ice-cream. We went for the cheese topping. We last had these two years ago in Tokyo - just as delicious. 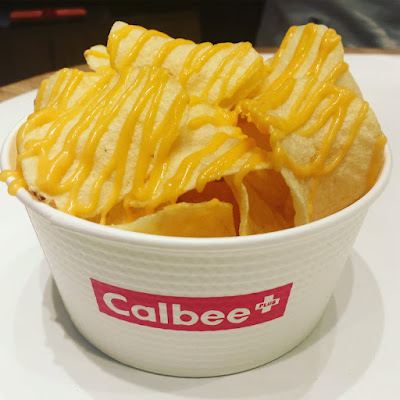 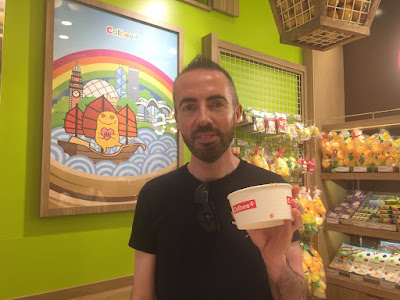 We stumbled across a rather nice "fake" street full of up market stores around this called along Amoy Street - this street actually felt air conditioned, which was so refreshing in the 30 degree evening air. 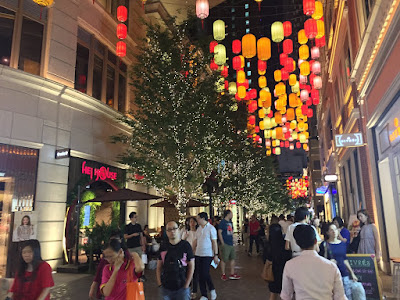 We walked to the Causeway Bay area, which was a good 25 minute walk, which was exhausting in the heat. The many malls in that area kept us cool, I even made a new friend :) 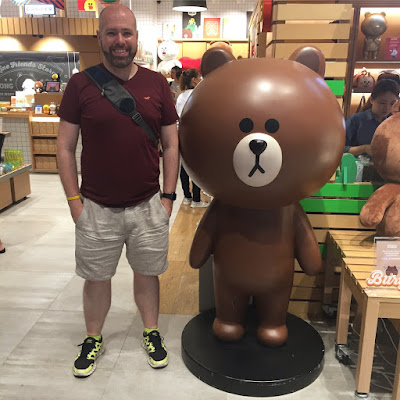 To round off the evening, we took the underground to Kowloon Island, and a visit to the ladies night market. It was around 11pm, which meant it wasn't as full at it would have been earlier that evening - which was great. 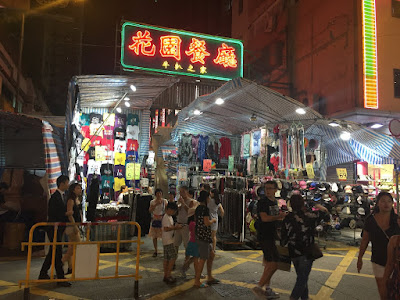 Before heading back to the apartment, we spotted a Starbucks beside a H&M, in fact the Starbucks was connected to the H&M in the basement. Now it wasn't an ordinary Starbucks, it was the very fancy Starbucks Gala Place Reserve Store. As a reserve store it stocked speciality coffees and brewing methods and various food items not available in other stores. 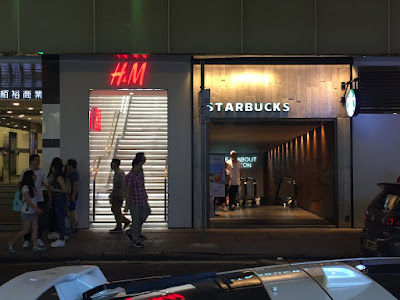 Vinnie went for an Fizzio (fizzy) iced hibiscus tea, with matcha (green tea) and red bean muffin. I went for the vanilla affogato, which is vanilla ice-cream, with caramel, honeycomb, almonds with an espresso shot on the side to be poured over it. Heaven! 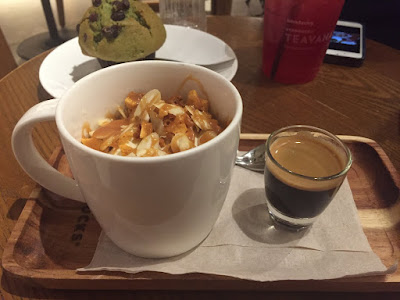 Back at the apartment we managed to head out for one drink at Volume Beat before retiring at 3am to watch the X-Factor UK live on ITV :) 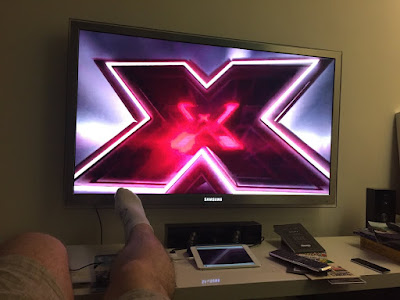