Sunday we spend riding the Hong Kong Island Tram - for way too long! But before that we headed east, to the Hong Kong Museum of Coastal Defence. 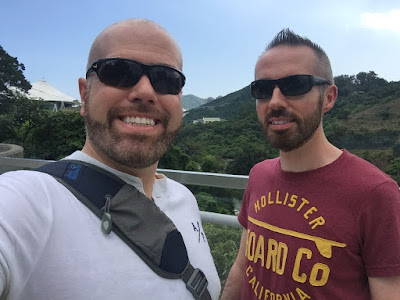 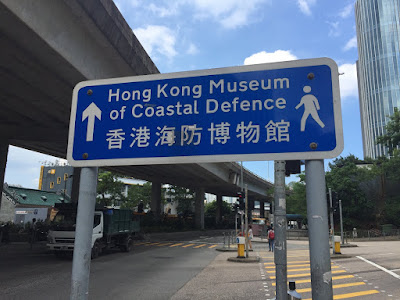 Whilst the museum was facinating (not really) we found the towns main street about 1km from the museum more interesting. It was very lively full of restaurents, some with massive queues outside even at this early hour. 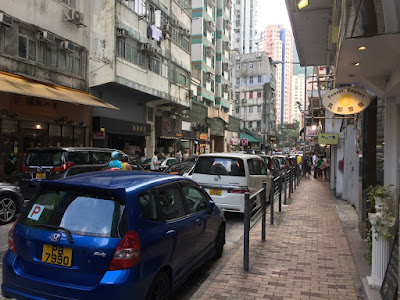 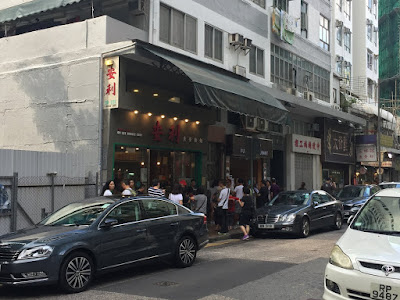 Then Vinnie noticed something - a Tesco! Well it's more an introduction to the Tesco brand in conjunction with a local store called USelect. 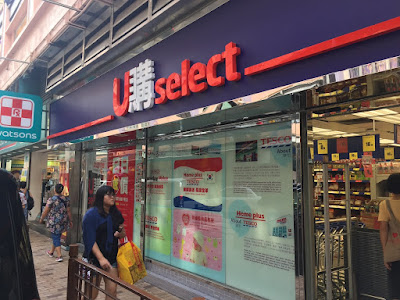 Getting to the end of the main street we realised the island tram line terminated and looped back on itself. Rather than taking the subway back we took the tram. They are slim little things, not like our luas. Locally they are referred as the Ding Ding after their bell. You board at the back, and pay at the front when leave. A flat fare of 25cent is in place. So cheap. 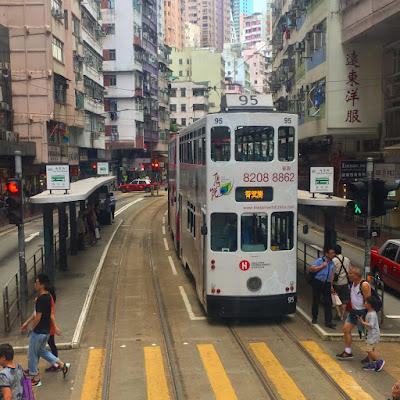 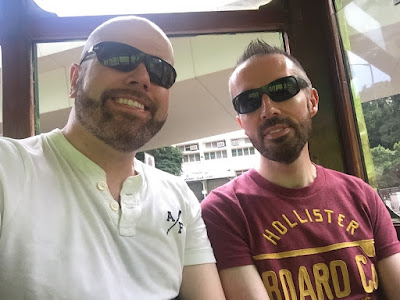 We took the tram a few stops, stopping at the AEON centre to grab a bite to eat in none other than Milanos (aka Pizza Express outside of Ireland). 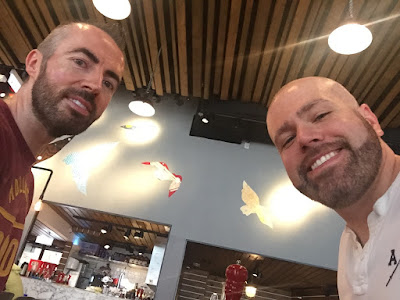 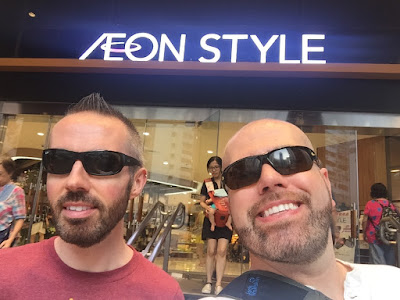 We headed back on the tram for what felt like a lifetime. It travels along an almost straight road for over an hour. In 32 degree heat, sitting sideways both Vinnie and I fought to keep off the sleep! 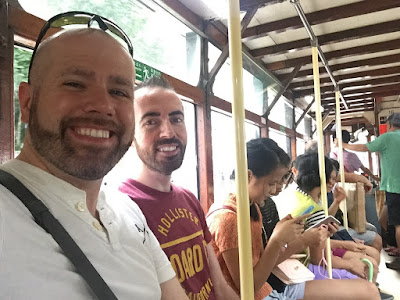 Anyhow we made it to Pacific Place mall. We weren't fans of the stores here - Harvey Nics the anchor tenant. 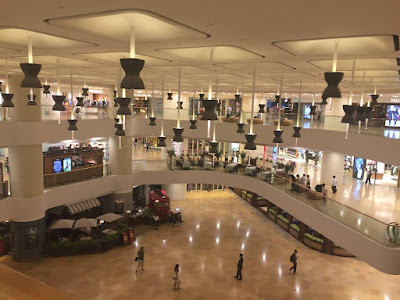 Of more interest, outside is the world's first McDonalds NEXT. It features a salad bar with build your own self service machines. We didn't get a chance to sample it, so we will be back. 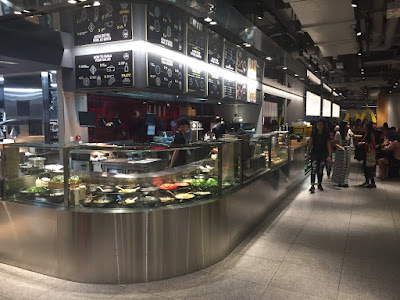 Our destination next was back to Kowloon to watch the nightly night show, the symphony of lights, in which the skyscrapers on Hong Kong Island use laser to light up the sky in time to music. 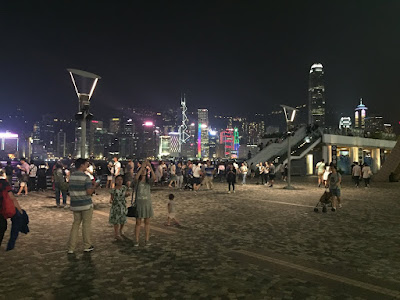 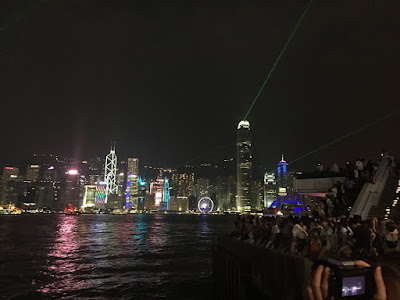 Once done - we rounded off the evening with some Harbour City strolling, including a visit to Ladurée. 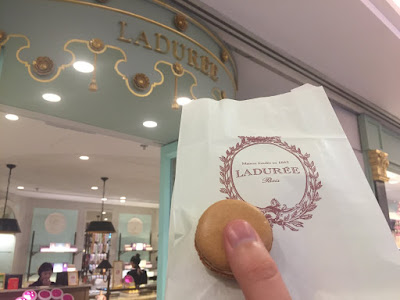 We took the subway back to central and an early night. We are off to Macau tomorrow! 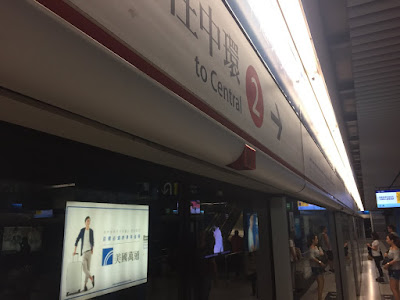