Today we made our way north to Sha Tin to climb the 410 steps to the Monastery of the 10,000 Buddha's. En route we enjoyed a refreshing ice-cream from McDonalds were it’s only €0.40 for a cone. So cheap and needed in 30 degree heat. 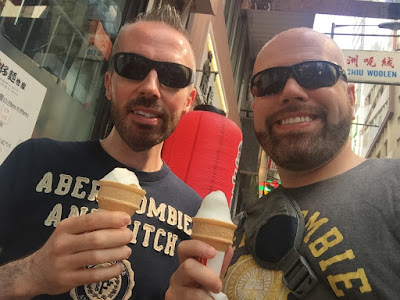 The 410 steps up to the Monastery are flagged by hundreds of golden statues of monks. Not in the slightest bit frightening. But more frightening were the signs to beware of wild monkeys. And we stumbled across them - and yes there were vicious. They went for anyone who passed by them. We stayed well clear. 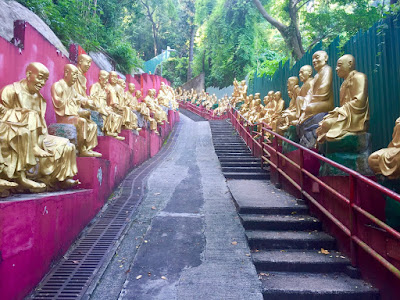 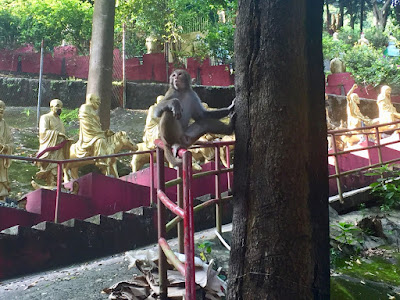 The Monastery is on two levels, the main level had a 9 story pagoda, temple rooms and even a vegetarian restaurant.

The main hall contains two interesting things, the first 13,000 golden Buddha statues covering every available wall space. But of more interest was the gold painted mummified corpse on the altar of the monk who founded the Monastery. Tale has it when he died, he was buried, exhumed 8 months later to find his body fully intact. He was then mummified and put on display. 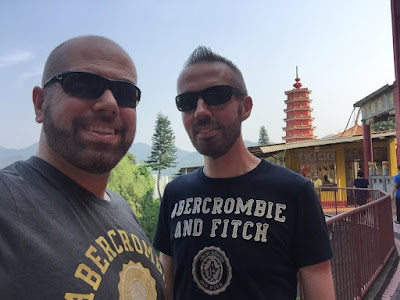 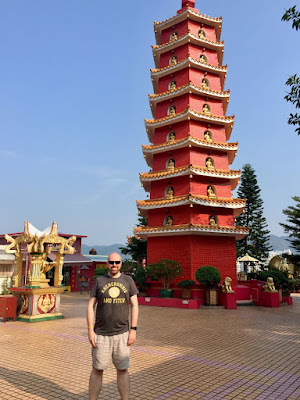 On the second level there were many temples including this one with a horse statue!

Before returning to the city, we discovered two malls beside the train station, one of which contained an IKEA. We did venture in for some vegetarian balls. 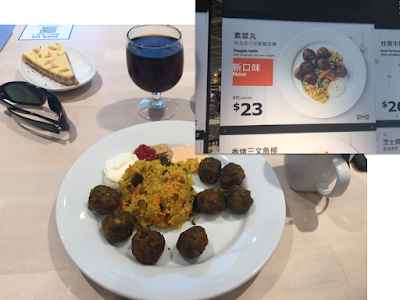 We took the Star Ferry back over to Hong Kong Island, the views are spectacular. 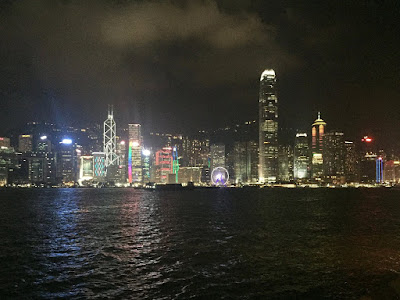 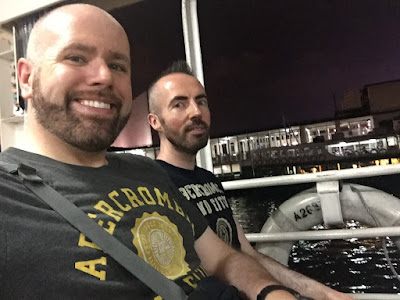 We made a little time-lapse video of the 9 minute journey crossing Victoria Harbour, below in 13 seconds.